3 days Sculling Camp, which gives you a great opportunity to get away, fine-tune your technique, focus on nothing but rowing while eating well and relaxing.

When you go home from the sculling camp and continue your training, then you have a reference point on what your rowing should feel like and what to do to get it feel right.

Our Sculling Camp provides an intensive overview of the sculling technique focusing on each rowers personal challenges. That is why we are maximum 12 rowers to guarantee maximum focus on each participant.

Every participant get the measurement for the rigging of their boat and instructions how to measure it, so you can copy the good settings for you when come home.

At the Sculling Camp we continue with the concept of including drills and exercises for high rate rowing, changing speed, start and sprint training and the transition from high rate to cruising at race pace.

3. session – Drills from review of video

4. session – Drills and excersizes in rowing at high rate and video

6. session – Drills and practice controlling the transistion from high rate to cruising at race pace.

Coaching is included in all sessions 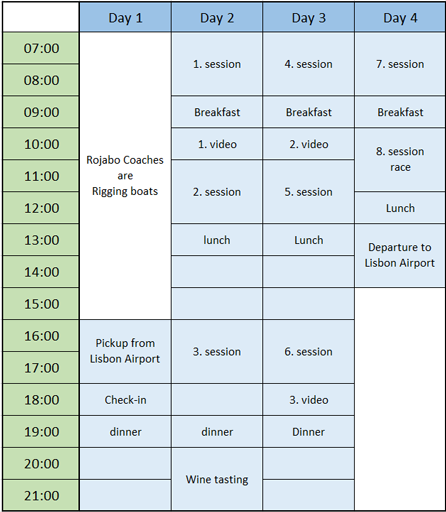 You will stay at the four star hotel Herdade da Cortesia know to may as paradise for rowers. The preferred training camp location for many national teams who want to focus on nothing but rowing and have the perfect setting for restitution and relaxation.

See more about the hotel here

Take-aways from the Camp

So you can go home and remember what to practice and what to adjust.

During the Sculling Camp, we fine-tune your single scull to fit you, so you are set free to work with your technique, instead of struggling with how to find the right adjustments.

It becomes much easier for you to find your confidence when you know that the boat it correctly set.

Therefore we measure your boat in every detail so you can get home and adjust your single scull.

What kind of drill do I need to do when I train for my self in my single?

That is a question we get often. So to help you at home, you get a list of drills to practice, that we see will help you the best.

So when you get home, you should have less doubt in what kind of drills you should practice.

As a single scull rower, you always need to work on something to get better – if you want to of course.

During the sessions, you will be asked to try to do adjustments to how you either handle the boat or move hands, arms, drive, etc. You will also be explained during the video session, why the specific way you row makes the boat go faster or slower.

What can be very difficult, is to remember all the stuff, why we give you a list of areas to improve, so you can get home and continue to improve. 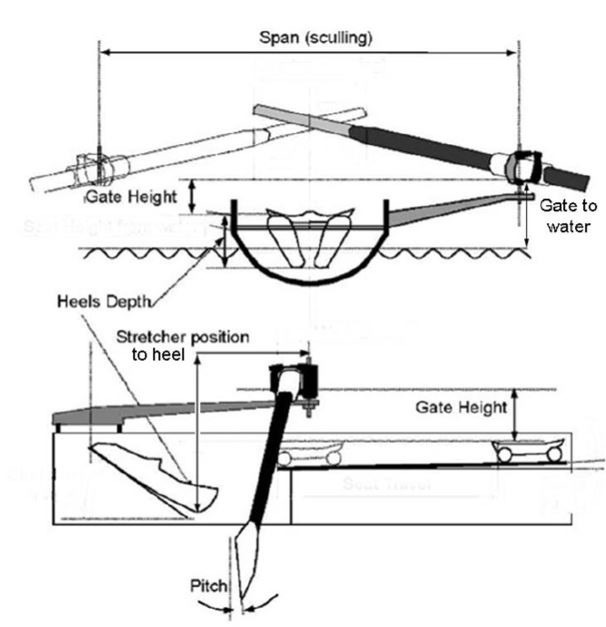 Deadline for cancellation without penalty:

6 weeks before the starting of arriving.

In case of a cancellation our fixed penalty set as follows:

As long as the authorities do not advice against travelling to a specific destination, the Sculling Camp will be carried out as normal and the general rules in the cancellation policy will apply.

Regarding the situation of COVID19 we are in constant contact with the hotelmanager about which actions are being taken to prevent infection between hotel guests.

The status at the hotel is that they look forward to welcoming you to Rojabo Sculling Camp 2020.
Currently, the hotel manager is only allowing different national teams in rowing to stay at the hotel. No regular guests are allowed from now on.

We follow the recommendations given by the National Ministry of Foreign Affairs in your own country, the National Board of Health and WHO.

Regardless of the National Foreign Ministry’s instructions, you are responsible for keeping yourself informed and up-to-date about your destination.

What our customers say about us

I have participated in the sculling camp from the very beginning. The sculling camp have help me to get a better understanding of the stroke and where I have to improve ind order to move the boat in most efficient  way.

Besides learning how be a better rower it is also nice to spend 4 days in Avizagua in company with other rowers.

I’ve been three times to the Rojabo sculling camp in Portugal (Avis).

Jakob and his partner have a coach’s ability to quietly observe and quickly identify key areas for stroke improvement and then are able to select simple words and phrases that make sense for me as a sculler.  We have, in particular, spent time working on the catch (speed of entry, connection), and by indicating small adjustments the coaching has enabled me to make significant improvements.

Rojabo’s style is fun, but also reflective and thoughtful, and the way in which suggestions are made, and language is flexed or adapted to help the sculler really understand what’s intended, builds confidence and creates lasting “images” that are easy to remember.  As such, the impact of the coaching even over a relatively brief session is significant and lasting.

Add to this a wonderful environment, good accommodation, and good company and I would not hesitate to recommend the Rojabo experience!

We are the coaches

Bo, born 1965 got selected for the Danish national team at the age of 22 and rowed on the Danish lightweight eight for 7 years, four years as the stroke. His rowing career led to several World Championship medals, two gold, four silver, and one bronze.

In 1996 he started coaching the Danish National team and over the years he worked with various different teams, such as the LM8+, LM4x, LM2-, LM2x LM2x and W4x where his crews frequently made it to the finals at the World Championships. From 2000 to 2006 he was the Head Coach for the Danish Women’s National team and coached the LW2x and W4x to be qualified to the Olympic Games. As coach, he achieved two silver and two bronze medals at the World Championships.

For a five year period until 2017, he worked as High Performance Director for the Danish Kayak Federation guiding athletes to train following principles from the Rojabo method and the rowers continue bringing home medals.

Jakob, born 1970, has been rowing since the young age of 13 and started racing outriggers at the age of 25. Two year later in 1997, coached by Bo Vestergaard, he took home bronze at the World Championships racing the LM2-.

Jakob is also the prime motor for developing the Rojabo engine, which calculates the training programs. Today he continues to develop Rojabo besides working actively on various IT consultation projects.

Bo and Jakob started rowing together as a team in 2005. Since 2009 they have rowed the MM2x to Boston Head of the Charles and raced at the Danish National Championships.

Success together in the same boat